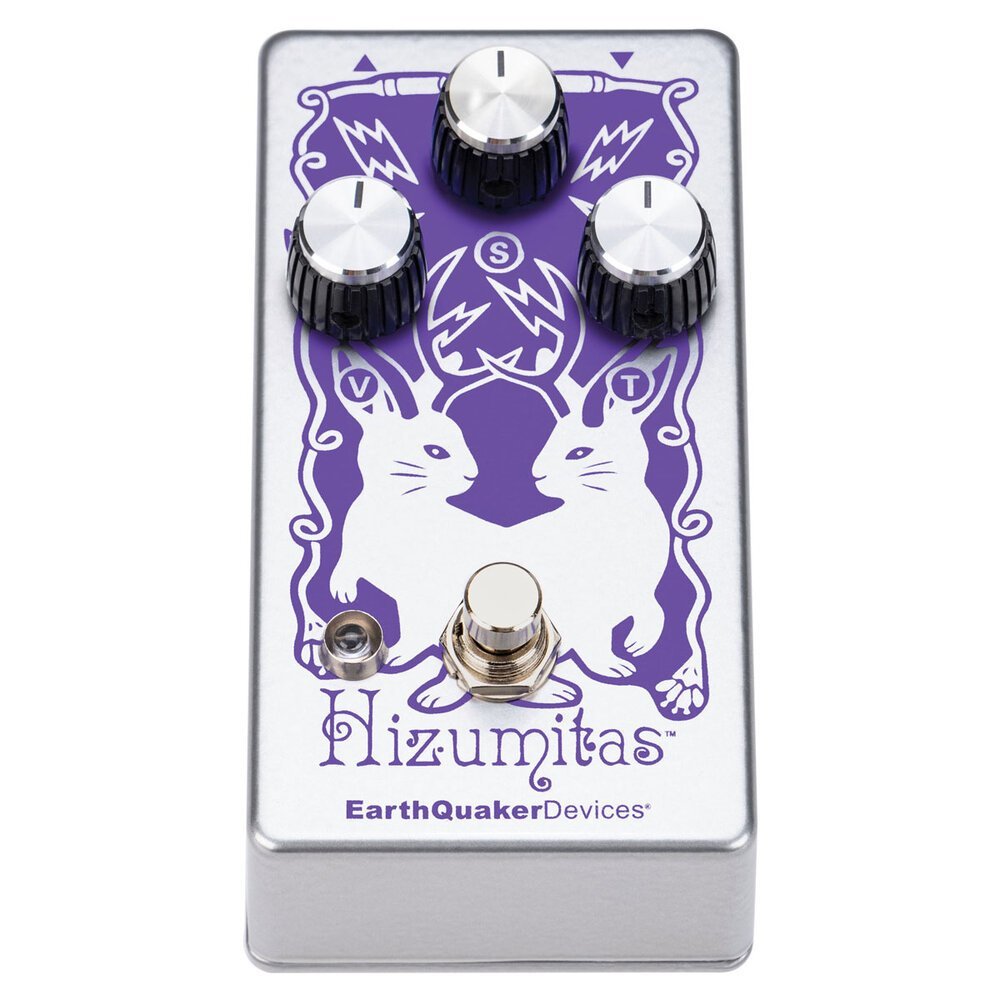 The Hizumitas was designed for the one and only guitar sorceress, Wata, from the legendary band, Boris! We could not be more excited to have the honor of working with such an iconic legend known for her crushing riffs and mind-melting leads. The Hizumitas is a faithful sonic recreation of her go-to distortion which has been a staple of her tone for many years: the Elk BM Sustainar.

The Elk Sustainar is a Japanese variant of the more well-known “Triangle” BMP. During development, we used several vintage models of the BMP, as well as a few different versions of the Elk, and quickly realized all of them were wildly different. The only way we were going to truly capture the magic was to get our hands on her original pedal. Wata was kind enough to send her beloved pedal halfway across the world so we could see what made it tick. Right away, we realized it had something special that none of the others had - heavy saturation with a gritty edge and a massive bottom while still maintaining a clear and dynamic tone with enough mids and top end to cut through the sludge. We set out to faithfully recreate all these characteristics in the Hizumitas!

This fuzz/distortion brings loads of heavy distortion and smooth sustain and an underlying grit that sounds like the speakers are on the verge of ripping apart while delivering amazing and unexpected clarity from such an aggressive sounding pedal.

The Sustain control has a wide range of saturation, meaning even small changes will significantly affect the overall tone. Hizumitas responds excellently to all types of pickups and playing dynamics. Power chords will sound huge and heavy, while open chords will be dynamic with fantastic note separation, and single note leads will come across smooth and powerful, especially with the neck pickup.

The Tone control can drastically change the character of the distortion in conjunction with the tone. Bass frequencies are boosted clockwise, and treble frequencies are boosted counter clockwise. The Tone control can go from an aggressive mid-range grind to piercing highs as you turn it counterclockwise. As you turn it clockwise, the mids become less present, the highs are tamed, and a humongous, thundering low end comes to the forefront. The Volume control offers massive output gain with unity at around 9-10 o'clock and beyond that, prepare to hear and feel the power of Hizumitas.